An estate village is a settlement which is part of a larger tract of land, which is owned by an individual wealthy family, often through several generations. Once commonplace throughout Yorkshire, these villages have since dwindled to only a few which still remain to this day.

In the heart of the East Riding and at the foot of the Wolds is the beautiful estate village of Londesborough. The original Londesborough Hall was built by the 6th Earl of Cumberland in 1589, but demolished by The 6th Duke of Devonshire in 1819 to fund another rather expensive project in Derbyshire called Chatsworth House. Having regretted his decision he later built a smaller hunting lodge on the grounds of Londesborough Park and this was eventually sold to “the railway king,” George Hudson in 1845. He built his own personal station which linked to the main York to Beverley line and remained open until 1867. In 1849, due to Hudson’s ongoing financial troubles it was sold to Alfred Dennison, the “Baron” of Londesborough.” He extended the lodge to the present hall we see today, which is now owned by the Ashwin family. Other historical features of the village include a church dating back to the 12th Century, extensive parkland with lake and a concert hall; which has murals created by German prisoners of the Second World War adorning the walls.

In the middle of the Yorkshire Wolds lies the estate village of Sledmere. It is owned by the Sykes family, who were originally shipping and finance magnates in the 17th Century. Several generations of Sykes descendants have owned the village since including Sir Tatton Sykes (the 4th Baronet), who was so popular in the village that in 1865 they built a monument in his honour. The inscription reads “those who loved him as a friend and honoured him as a landlord,”  Another local landmark is The Eleanor Cross, which was made in 1895 for the 5th baronet Tatton Sykes. It is a copy of King Edward I’s monument to his wife, Eleanor of Castille.  The current descendants of the Sykes dynasty still live at the house and run the estate.

The estate village of Ripley in North Yorkshire is dominated by a 14th century castle. Built by the Sir Thomas Ingilby in 1345 the property, village and estate has passed through 28 generations of the same family. One of the Ingilby clan, Sir William even let the rebels of the Gunpowder Plot stay at Ripley Castle and take some horses for their attempted coup. Another William, several generations later in the 19th Century destroyed the village and completely rebuilt it in a Continental style, which is the village we see today. After 700 years the castle and estate still belong to the Ingilby family.

Wentworth is located between Barnsley and Rotherham and was mentioned in the Domesday Book. Throughout its history ownership of the village and surrounding estate has been dominated by the Wentworth-Fitzwilliam families, who live at the sprawling residence of Wentworth Woodhouse. This is the largest private house in the UK and has over 300 rooms, 250,000sq ft of floor space and the longest outside facade in Europe. The current residence was built by Thomas Watson Wentworth around 1708 and the reason for its size is said to be part of an ongoing rivalry between them and the owners of the nearby Wentworth Castle. All the houses in Wentworth village are painted cream and dark green, which are the Wentworth family colours and strict planning regulations mean that the village retains its character as “an oasis among the urban sea.”

The North Yorkshire village of West Heslerton, near Malton, made the headlines back in 2016 after it was put up for sale for £20m by descendants of the Dawney family, who had owned it for the past 150 years. Eve Dawney, the last remaining member of the ruling family died in 2010 and famously kept the rents low to encourage a vibrant and happy community. It was bought in 2017 by Albanwise Ltd, a property investment company, who are now the owners of 43 houses, a pub, petrol station, sports field and West Heslerton Hall. 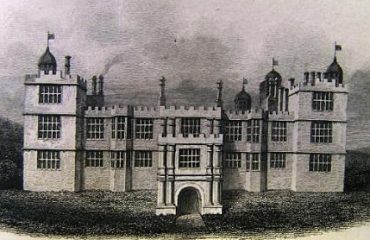 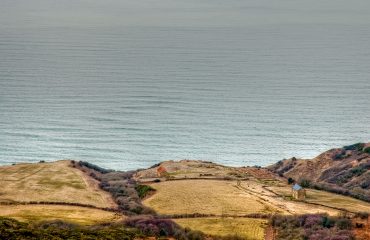 5 Big ideas that never took off in Yorkshire