Star Carr is a Mesolithic archaeological site in North Yorkshire. Situated south of Scarborough it is generally regarded as the most important and informative Mesolithic site in Great Britain. Akin to Stonehenge for the Neolithic or York for Viking Age Britain.

The site was occupied during the early Mesolithic period, founded approximately around 9300 BC. Though the ice age had ended and temperatures were close to the modern averages, sea levels had not risen significantly enough to separate Britain from continental Europe. Excavations of the site began in 1948 a year after artefacts were first noticed by an amateur archaeologist. The site is most famous for some extremely rare artefacts discovered during the initial excavations.

Star Carr now sits beneath farmland in the vale of pickering. During the Mesolithic the site was near the western end of a Palaeolake, known as Lake Flixton. The site is preserved due to Lake Flixton having been filled in with peat over the course of the mesolithic. Waterlogged peat prevents organic finds from decaying. As a result of these good conditions scientists have been able to recover bone, antler and wood in addition to the flints normally found from this period.

During the Mesolithic the area surrounding the lake would have been a mixed forest of birch aspen and willow. The lake edge and shallows would have been full of reeds, water lilies and other plants with the water level ranging dramatically in response to rainfall or snowmelt. Evidence exists for mammals such as beavers, elk, aurochs, bears and wolves to name a few.

Along with the flints that are characteristic of Mesolithic sites there were a large number of objects made of red deer and elk antler, auroch bone and one piece of bird bone. Rarer objects included worked amber, shale, haematite and a decorated pendant, thought to be the oldest known Mesolithic art in Britain. The flint found at Star Carr came from nearby beaches and the Yorkshire Wolds immediately south of the site.

The two most outstanding categories of finds are the ‘barbed points’ and ‘antler frontlets’. The barbed points are made of the antler of red deer stags. The 21 antler frontlets are sufficiently complete to see how they have been manufactured. It seems likely that the modification for the antler frontlets are designed to allow the frontlets to be used as headgear. Finds from this site are now divided between four institutions; the British museum, the Yorkshire museum, the university museum of archaeology and anthropology at Cambridge and the Scarborough Museum.

Post holes and sunken areas with concentrations of flint indicate the presence of a structure around 3.5 meters wide. The posts were most certainly made of wood and roughly 20 cm in diameter. It is impossible to know the form or materials which constituted the walls or roof. However, they may have used hides, thatch, turf or bark set on a frame. A large wooden platform has been discovered nearby on the shore of the former lake. This is the earliest known example of carpentry in Europe, though its purpose is as yet unknown. Timbers of Aspen and Willow were split along the grain using wedges; these were then laid in the boggy areas at the lake shore, presumably to provide firm footing.

Star Carr was discovered in 1947 when John Moore noticed flints in the exposed soil. On the discovery of intact organic remains Moore contacted a professor at the university of cambridge. The professor Grahame Clark began his investigation with the aim of discovering more about the mesolithic environment and the way people used it. The study of the organic remains enabled this study to be fairly extensive.

In 1977 archaeologists excavated Iron age, Bronze age and Mesolithic material from Seamer Carr just to the north. This led to a new series of investigations at Star Carr. with the team returning in 1985 and 1989. In the 200’s new excavations began. This reinvestigation has gone over Clark’s excavations and also excavated the dry-land, discovering the structures. A decorated pendant known as the Star Carr pendant, thought to be the oldest known Mesolithic art in Britain, was found at the site in 2015. The 11 thousand year old item is now on display at the Yorkshire Museum. 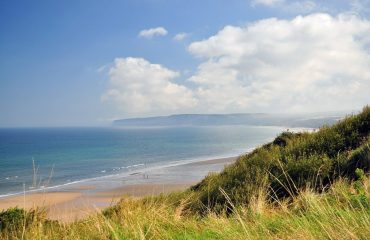