the earliest records have the site named as Armley Millnes. Documents from 1707 described the buildings as fulling mills. One of the Mills contained two wheels and four fulling stocks. The other Mill was used to grind corn to create flour and had another two fulling stock machines. Fulling is a strange process where wool is beaten by large hammers run by the fulling stock machines whilst the wool itself is soaked in water clay and wee, with that urine collected from neighbouring houses who saved it directly for the purpose of felting the wool through the fulling process.

Many Owners Of The Mills

In 1788 the mills were up for sale. Just ten years after the opening of the Leeds and Liverpool canal. Colonel Thomas Lloyd purchased the site, He was a cloth merchant from Leeds who commanded the Leeds volunteers from 1794 during the unrest with France. The Mills then expanded to be the world’s largest woollen mill of the time. Shortly thereafter he leased the running of the mills to Israel and John Burrows, who subsequently built semi detached houses for themselves on the opposite side of the canal. In 1804 Benjamin Gott purchased the mills. However the mills burnt down due to the inherent fire hazards that are common with mills; with the wool fibres in the air igniting and setting fire to the very flammable wooden structure.

The Rebuilding Of The Mill

Benjamin Gott then had the whole site rebuilt, as hardly any of the previous structure had survived. He utilised fireproof principles for his new construction; including circular cast iron columns that support brick floors. With the surviving wooden pieces braced with iron sheets nailed to them. This has led to the structure we see today which has achieved a grade 2 listing. After the death of Benjamin in 1840, He was succeeded by his sons John and William Gott; A Steam engine was then introduced to complement the water wheels that previously run the mill. However, by the 1860s the more efficient steam engine lead to the phasing out of the water wheels completely.

In The Modern Day

The buildings that exist today are mostly from the 1805 construction. Only a small amount of the 1795 corn mill is still intact from the fire. The mill closed in 1971 as technology changed and the market for wool started to shrink. A few years later Leeds City Council went through with purchasing the mill. With the site reopening as a museum of industry in 1982. Due to Leeds being an industrial powerhouse in the 1700s – 1800s the collections at the museum reflect this heritage.

It features a textiles gallery that demonstrates the complete woollen manufacturing process in the actual site of the woollen mill including looms and other industrial equipment and machines. The museum also has a railway collection with a range of narrow and standard gauge. The railway collection started in 1956 with an Ex-Harrogate gasworks railway train ( which is currently on loan to the south Tynedale railway) and even includes a train from Chile. The museum also boasts the world’s oldest model locomotive created as a prototype for the Salamanca, the first commercially successful locomotive.

Proud of the heritage and history of Yorkshire? represent that pride in style with our range of T-Shirts. 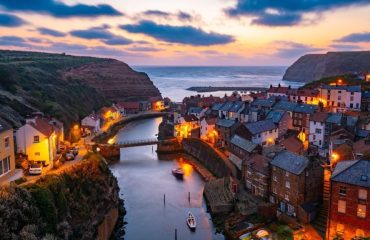 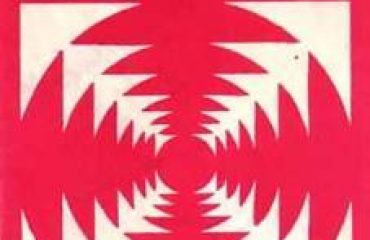 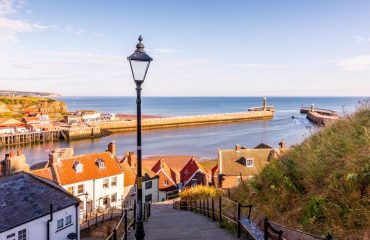