Thursday, 26 May 2022 / Published in History, Uncategorized

The Battle of towton fought on 29th march 1461 was a turning point of the war of the roses and probably the largest and bloodiest battle ever fought on english soil. It occurred in Towton in North Yorkshire and has startling archaeological significance.

The battle took place on a plateau between the towns of Saxton and Towton. The region was a mix of mainly agricultural land with wide open areas and small roads winding through the area. Two roads specifically ran through the area. One between the towns of Saxton and Towton and one from Towton towards London called the Old London Road. Defending this ground just before Towton, would block any enemy advancement towards the city of York.

The Lancastrians deployed on the northside of the dale. Using it as a protective ditch against the assumed deployment of the Yorkists. However, the disadvantage of this position was that their view of the southern approach was blocked by the ridge of the dales. The Lancastrian flanks were covered by a marsh and on their right was protected by the banks of a beck. The Lancastrians couldn’t use their numerical advantage to its full effect. Due to the deployment area not having enough space for their full front line. The Yorkists appeared as the Lancastrians finished their deployment. Their soldiers crested the southern ridge of the dale and formed ranks opposite the Lancastrians, as the snow started falling. The Yorkist army was massively outnumbered and Norfolk’s troops had yet to arrive to reinforce them.

After the Lancastrian volley had ceased the Yorkist archers stepped forwards again to shoot. Once they had loosed all of their own ammunition they began to pluck the enemies previously used arrows out of the ground and fired them back towards the Lancastrian ranks. Coming under attack without any effective countermeasures or defence. The Lancastrian army moved from its position to charge and engage in close combat.

Seeing the advancing mass of troops. The Yorkist archers shot a few more volleys before retreating back behind their offensive line formed of men-at-arms. This left thousands of arrows in the ground to slow the Lancastrians’ attack. As the Yorkists reformed their ranks to bear the brunt of the Lancastrian charge. Their left flank came under attack from Lancastrian horsemen that were thus far concealed by nearby woods.

The left wing of the Yorkist ranks fell into disarray and several soldiers began to flee. Edward himself took charge and attained command of the left wing to rally his men. By engaging in the fight personally and encouraging his cohort, many men rallied and stood their ground. As the armies clashed archers continued to fire into the mass of men. The Lancastrians consistently threw fresher men into the fray. Therefore the numerically inferior Yorkist army was forced to give ground and retreat up the southern ridge. According to English Heritage the fighting would have continued for three hours.

The results of the fighting were indecisive until the arrival of Yorkist reinforcements, and thus the arrival of Norfolk’s men. Marching up the old London road. Norfolk was hidden from the view of the Lancastrians until his men crested the ridge. Attacking the Lancastrians left flank. The Lancastrians attempted to continue to hold ground and fight. However, the advantage had shifted towards the Yorkists and morale was fading. By the end of the day the Lancastrian line was broken and small groups of men began fleeing for their lives.

The exhausted Lancastrians began to tear off parts of their Armor and throw their helmets to the ground, in an attempt to flee faster. The Yorkists exploited their lack of protection to start cutting down the fleeing Lancastrians; both sides had issued orders prior to the fighting to give the enemy no quarter. This means that no survivors were to be kept alive and instead were to be hunted down. Many of the Lancastrians also had bounties on their heads. With one chronicle claiming that 42 knights were killed after being taken prisoner.

Archaeological findings shed light on the final moments of the battle. In 1996 workmen at a construction site in the town of Towton uncovered a mass grave. The grave contained the remains of men who were slain during or after the battle in 1461. The bodies showed severe injuries, with cracked and shattered skulls. One body known to the archaeologists as Towton 25 had the front of his skull cleaved in half.

The Lancastrians lost more troops in their rout than from the battle itself. With men struggling across the river being dragged down, and others struggling in the water being trampled over, and pushed under by their comrades escaping the Yorkist push. Yorkist archers positioned themselves in high vantage points to shoot arrows at the Lancastrians fleeing over the river. The bodies began to pile up creating bridges the soldiers used to cross. The chase continued up to the river Wharfe. Till a bridge utilised by the Lancastrians collapsed under the massive flood of men with many dying trying to cross.

Those that had managed to flee hid in Tadcaster and York and were subsequently hunted down. Contemporary sources suggest the total range of casualties are between 2800 to 3800. With the Lancastrian nobility suffering heavy losses including, Lord Dacre. Who is reported to have been killed by an archer perched in an Elder tree. Whereas the Yorkists only lost one notable member of nobility, Robert Horne.

On receiving the news of his army’s defeat Henry fled into exile in Scotland with his wife and son. They were later joined by the few Lancastrian nobles having escaped from the massacre. The battle of Towton severely weakened the Lancastrians’ power in England. With the main part of their powerbase at court either dead or fleeing the country. This marked an end to their dominance over the north of England. Edward exploited this shift in power. Naming 14 Lancastrian peers as traitors and stripping 96 Lancastrian Knights and lower titles, and in some cases taking their lives. However, Edward preferred winning over his enemies, pardoning many he attainted after they submitted to his rule.

Obtaining an accurate figure for the casualties has been complicated. Remains were either moved or used by farmers as fertilizer. Bodies were also stripped of clothing and non perishables before burial. In 2010 some of the earliest handguns were found at the site of the battle of Towton. Perhaps suggesting the scale of the battle. As English Heritage highlights, the battle was of the greatest importance. With it being one of the largest if not the largest battle ever fought in England. 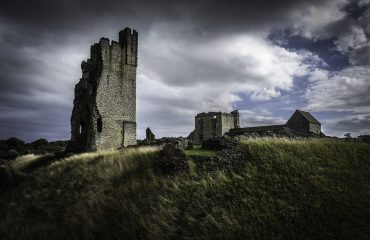 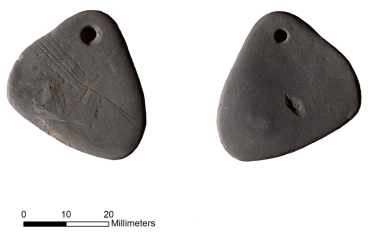 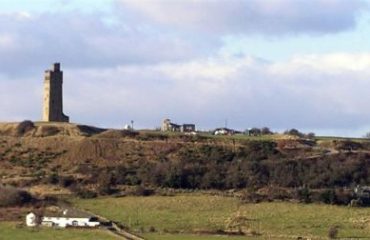