Radio 270 was a short lived pirate radio station that serviced most of the north from 1966 to 1967. It broadcast from an old converted Dutch ship named the Oceaan 7 positioned off the Yorkshire coast, outside of government control,  first in Scarborough and later Bridlington.

The origins of radio 270 began in 1965 with a group of Yorkshire businessmen. They intended to evaluate the ability to create an offshore radio station. Don Robinson who had a background in entertainment and promoting headed the venture initially and grouped with some others namely; Bill Pashby a boat skipper, Roland Hill a poultry farmer, and Leonard Dale owner of Dale Electronics. This group then approached and recruited Wilf Proudfoot, owner of a chain of supermarkets and former conservative MP. In late 1965 Proudfoot, becoming the spokesperson for the group, addressed a public meeting at the Scarborough Hotel, where he invited the public to acquire shares in the business. He claimed it was a high risk investment and that no one should expect a genuine return on their investment. Although in spite of this around sixty people bought shares with the largest shareholder becoming Proudfoot himself. After this Leonard Dale became Chairman of the company while Proudfoot became the managing director. The initial program plan for the station consisted of a mix of light music and lifestyle music to directly compete with the BBC’s Light programme. The planned release date for the launch of the radio was for the 1st of April 1966. However, this day was abandoned due to damage caused to the radio mast attached to the vessel making it unviable without repairs. By June this damage was fixed and the station finally started broadcasting with some sources stating that it was very close in frequency to another pirate radio station known as Radio London, possibly causing a rivalry between the two stations. The initial broadcasts were a complete success with astounding coverage over the north of England even extending out towards the Netherlands. The popular music format attracted an estimated 1.5 – 4 million listeners. From this the station charged for AD packages, the most lucrative for the station was acquired by the Worldwide Church of God who had a feature segment nightly for 30 minutes for around £300 a week which covered most of the stations payroll, their slot featured the preaching of a famous evangelist.

The ship that was purchased for the station was the Oceaan 7 this ship was acquired in 1965 from Belgium with a history dating back to 1939. During WW2 it had been commandeered by the occupying German forces for wartime uses. After purchase the ship had to be refitted so that it could serve its new function, this refit included the addition of a 150 foot high radio mast and a transmitter and also the diesel generators needed to power the equipment at sea. The onboard configuration included two studios, one designated for presenting programmes and one for news. With habitation rooms that amounted to bare berths in a bunk bed style and a communal galley to prepare their meals. The Oceaan 7 was among the smallest of the pirate radio ships at the time. Its initial position off the coast of Scarborough allowed its signal to be widely available. However, it left the ship to be completely exposed to storms that drive over the north sea. This necessitated its move to Bridlington where it was placed in a more secured position but hampered its range slightly. To keep it out of the eyes of the British judiciary the ship was registered in Honduras, however the ship still had to stay supplied and thus was both supplied by tender and due to its small size it frequently docked in berth at Bridlington and Scarborough it did this in the early mornings to both limit disruption to the broadcast and limit potential clamp down by the British authorities.

By 1967 the radio was stabilizing as a venture and was reported to be breaking even. However pirate radio stations in general started to attract opposition from within the commons. The government’s claim was that their broadcasts interfered with the emergency service communications and led to the enactment of the marine offenses broadcasting act, which was set to take effect midnight 14th of August in 1967. This act made it more difficult for pirate stations to operate off of the British coast prohibiting the management, funding or the support and supply of pirate radio ships from the British mainland. As the 14th of August approached it was suggested the radio could still operate being supplied by the Netherlands, instead it was soon discovered to be unviable as an alternative and the station closed at one minute to midnight on the 14th of August 1967 with one final broadcast. Early on the 15th the oceaan 7 sailed up the coast to Whitby and was laid to rest in the harbour whilst a buyer was acquired. The radio equipment and transmitter were sold off to the Dutch pirate radio station Capital radio and unfortunately the ship was unable to find a buyer and was scrapped in 1969.

Only at yorkshiretshirts.com Exclusive New Designs! 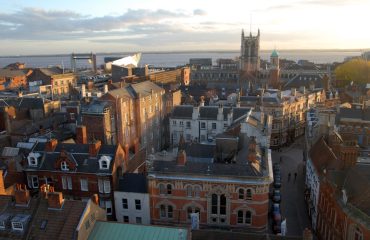 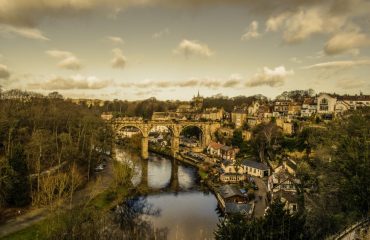