The 10 Richest Areas To Live In Yorkshire

Yorkshire as we all know is a great place to live, but do you know where the most expensive houses are and how much on average they cost? Below is a guide to the top 10 most expensive and richest places to live in our county.

How this was worked out

The article below is drawn from data produced by The House of Commons library. The figures are worked out by taking the most expensive property in an area, e.g. £400,000 and the cheapest property in the area, e.g. £200,000 and then finding the middle point between the two, the median average, which would for our example be £300,000.

Right on the northern edge of Leeds lie the picturesque villages of Bramhope and Pool in Wharfedale, which comes 10th on our list. Its proximity to Leeds, Bradford and Harrogate, plus the airport makes it an ideal place for those who love to travel. Bramhope has a lovely Georgian Inn, shopping centre and fornightly farmer’s market and if you are lucky, you may bump into the village’s most famous residents, The Brownlee Brothers.

Pool-in Wharfedale is slightly further out from Leeds and on the horizon is the picturesque Otley Chevin and Arnscliff Crag, which are ideal for country walks. The beautiful river Wharfe also runs through the village.

At number 9, Harrogate surprisingly makes its only entry in our list, but it does contain the most expensive individual street in Yorkshire, Fulwith Mill Lane; which is home to properties fetching around £1.7 million. The long driveways, English country gardens and double garages overlook the beautiful  Crimple Valley and its picturesque viaduct.

The place where King Ecbert became King of all England in the year 829AD is also home to some of the most salubrious residencies in Sheffield. Located in West Sheffield and (only just) in South Yorkshire, Dore and Whirlow were originally the home of the city’s factory owners and steel magnates, who built their Victorian villas away from the smoke and filth of the city centre. Nowadays it sits at the edge of the picturesque Peak District National Park and is still a much sought after area for the city’s nouveau rich. Dore is also the place where Olympic gold medallist heptathlete, Jessica Ennis-Hill and England test cricket captain, Joe Root are from.

Located between Ilkley and Harrogate, this area is dominated by the huge 605 acre RAF Menwith Hill, which is owned by the Ministry of Defence. The houses are not too bad either and scattered over a wide area of rolling Yorkshire countryside are some jaw-dropping residencies. You may also bump into England manager, Gareth Southgate, who currently lives in the area.

In the leafy suburbs of North Leeds lies Adel, which dates back to Roman Times and lay on the ancient road from Ilkley to Tadcaster. Nowadays it is full of loadsa money mansions and detached houses. Located five miles away from the noise of Leeds City Centre and on the doorstep of the Dales, Adel is one of the most sought after area to live in the city. It is also home to Leeds Grammar School.

Deep in the Yorkshire countryside lie some of the region’s most expensive piles. Lying just to the North of the Bolton Abbey Estate and overlooking the magnificent Barden Fell, this area is the most tranquil neighbourhoods on our list, with open fields, babbling streams and dry stone walls. Proper Yorkshire!

Bents Green and Millhouse lie within the suburb of Eccleshall in Sheffield. Adorned with ancient woodland and city parks, these areas are the most desirable in South Yorkshire. Like neighbouring Dore and Whirlow, these areas grew from the affluence created by the city’s steel industry, especially once trams and railways were built to help connect the area to the rest of the city in the late Victorian period.

Just off  the Leeds Ring Road and in Yorkshire’s Golden triangle, between North Leeds, Harrogate and York, Collingham, Rigton and Harewood sit proudly at number three on the list. The centrepiece is the magnificent Harewood House, which stands alone from the many other mansions and detached houses in the area.

Staying within the Golden Triangle, North Knaresborough beats its rich rival, Harrogate. There are some spectacular pads here going for well over a million quid and even the terraced houses here are worth 500K! Could Mother Shipton have foreseen this kind of wealth in her town?

Top of the list and firmly within the Golden Triangle are the rich triplets of Spofforth, Burn and Huby. This whole area is loaded, with rich neighbours Pannal and South Harrogate within a few miles. There’s even one house in Spofforth that is worth a cool £2.75 million! The centrepiece of this little area is the Grade 1 listed building, Stockeld Park, which is a tourist attraction and home to the largest collection of Christmas trees in Yorkshire. 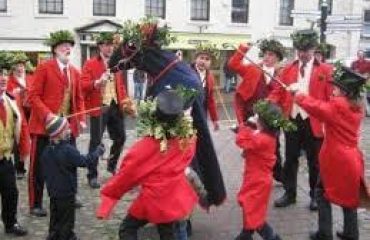 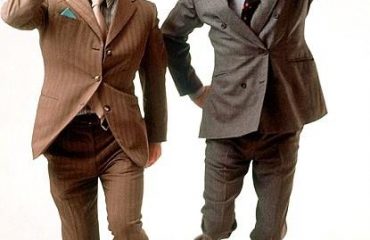