Sir Michael Parkinson is a famous television presenter and journalist, who over the course of a fifty-year career has interviewed some of the biggest celebrities on the planet, including Muhammad Ali, David Beckham and John Lennon. These interviews, given in his familiar gritty South Yorkshire accent make a refreshing change from the usual Received Pronunciation of others.

Early Life as a Cricketer and Journalist

Sir Michael Parkinson was born on 28th March 1935 in the mining town of Cudworth, which is a few miles from Barnsley. He was educated at Barnsley Grammar School and eventually started to play for the town’s cricket team, alongside two other names more associated with the sport, Geoffrey Boycott and Dickie Bird. He once even scored a century to keep the younger Boycott out of the team and along with his two friends had trials for Yorkshire. Unlike Bird and Boycott, Parkinson did not make the grade, but it was another profession that became his calling.

He started his journalism career at The Manchester Guardian as a features writer and then at the Daily Express in London, before moving into television, working for both the BBC and Granada.

Parkinson first appeared in front of camera on a late night film review show called “Cinema” in 1971. This lead him to land his first celebrity interview with Lawrence Olivier, which became the catalyst for a new show to be commissioned, this time on the BBC, which became known as “Parkinson.”

Michael Parkinson’s chat show was originally an eight-week “filler” during the summer of ’71 and the first series began on 19th June that year.

The chat show format was very simple. Each show would have three guests, who would be interviewed in around fifteen minutes. Afterwards they would remain present on set during the next person’s interview, only interjecting on request by the host. This formula has provided some interesting combinations of celebrities with actors mixing with sports stars and authors mixing with musicians.

Parkinson’s interviewing style has won him many accolades. Beginning with thorough research of his subject, he would guide both his subject and the viewer gently through a narrative. Something he learnt very early on in his career was the importance of listening to the interviewee and only interjecting when necessary. His relaxed, attentive manner enabled them to fully express themselves, often with amazing results.

In the first series Parkinson interviewed heavyweight boxer, Muhammad Ali and his opening question was:

Parkinson: “I’m not going to argue with you.”

Ali responded with, “You’re not as dumb as you look.”

The interview then took a more serious tone when Parkinson probed the boxer’s conversion to Islam, which led to a spectacular tirade against America. This was a fine example of how Parkinson in his interviews used humour to put his subject at ease, before giving them the confidence and platform to express themselves.

Other highlights from the original Parkinson shows were his notorious encounter with Rod Hull and Emu in 1976. This became one of the most famous moments in both men’s careers as the seemingly uncontrollable puppet attacked Parkinson, spinning him around on his chair before eventually falling off completely, much to the amusement of the audience and Billy Connolly who was also on the show that evening.

A year earlier from his encounter with Emu, Parkinson came a cropper to the 30-year old Helen Mirren. The interviewer introduced her as a ‘sex queen’ and asked her during interview whether ‘her equipment distracted audiences and whether actresses can have big bosoms.’ This sparked a long running feud with the famous actress.

Seven years later the Parkinson chat show ended, for the time being in 1982 and so he had to find an alternative path in his broadcasting career.

In 1983, Michael Parkinson became involved in the ill-fated TVam breakfast show and hosted the weekend edition of “Good Morning Britain,” briefly becoming a director of the TV franchise behind it. He also turned his hand to radio, when he the presented Radio 4’s “Desert Island Discs” in 1986, until 1989 when he was replaced by Sue Lawley. He also had a stint at hosting “Film ’85, briefly replacing regular presenter, Barry Norman.

Some Yorkshire folk will remember his return as a chat show host between 1987-88 on Yorkshire television called “Parkinson One on One” in which the format consisted of only one celebrity guest. This ended after only sixteen episodes.

The Nineties began with him still making the odd TV appearance, most notably “Ghostwatch” in 1992, a mockumentary screened on Halloween. Two years later he turned back to his sporting roots, hosting “Parkinson on Sport” on Radio Five until 1996 and then a morning show on Radio 2, called “Parkinson’s Sunday Supplement, which he presented until his retirement in 2007.

The year 1998 saw the re-birth of the Parkinson chat show, which had been off-air for sixteen years. The now veteran broadcaster found himself amongst a new world of celebrities, from Hollywood A-Listers, to Ali G and David Beckham. The second series maintained the same multi-guest format and still provided its fair share of controversial moments.

In 2003 he encountered his most awkward subject, Meg Ryan, who simply refused to answer his questions and when asked “what would she do if she was in his shoes,” replied, “close the interview.” This encounter sparked a lot of controversy with the film star afterwards branding Parkinson a nut,” and “behaving like a disapproving father.”

In 2003 he encountered his most awkward subject, Meg Ryan, who did not appear to want to be there. At one stage Parkinson asked; “what would she do if she was in his shoes,” and she replied, “close the interview.” This encounter sparked a lot of controversy with the film star afterwards branding Parkinson a nut,” and “behaving like a disapproving father.”

A more ebullient Victoria Beckham famously revealed that she nicknamed her husband, David, “Goldenballs,” during their appearance in 2001. Five years later he interviewed Tony Blair, who became the first serving prime minister to appear in either run of the show. He stated that he would be “judged by God” over his decision to invade Iraq. By this time the show had controversially moved to ITV in 2004.

In 2007, Michael Parkinson took the decision to “retire” ending the second run of his chat show. He was knighted in 2008 and published his autobiography the following year. In retirement, the broadcaster has often been an outspoken commentator on the culture of celebrity saying in 2009 that he was “fed up with the rise of celebrities hosting shows, ridiculously titled documentaries and property shows.”

Parkinson has been a big hit in Australia, where the first series of his chat show was shown from 1979-82. He has also embarked on a theatre tour of the country and appeared in “Neighbours.”

Michael Parkinson though could not retire for long and in 2012 made yet another comeback in the shape of Sky Arts “Masterclass” series in which he interviews a range of artists at the top of their field about the techniques behind their craft. Guests included Jamie Cullum, magician, Dynamo and deaf musician Dame Evelyn Glennie.

In July 2013 it was announced that Michael Parkinson was suffering from prostate cancer of which he has made a full recovery and is now a prominent campaigner in the awareness of the disease.

In 2019, it was Parkinson’s turn to become the subject of a live interview by Piers Morgan on his ‘Life Stories’ series. This interview gave viewers a rare insight into his life, including how his coal miner father died from lung disease caused by the inhalation of coal dust and his subsequent drink problem in the years afterwards. In this interview he also admitted he had gone too far in the Helen Mirren interview 43 years earlier but said it was ‘of its day.’

At the time of writing Sir Michael Parkinson would have been undertaking ‘an evening with’ theatre tour, but some of these had to be cancelled due to the Covid-19 pandemic. Further dates have been planned for later in 2020 and into 2021 subject to the re-opening of theatres.

During his life so far Michael Parkinson has provided two generations of viewers with laughs, controversy, sadness and mirth from the 2,000 plus celebrities that he has interviewed. His relaxed, chatty style in his down to earth Yorkshire accent has made a great contribution to broadcasting over the past four decades. 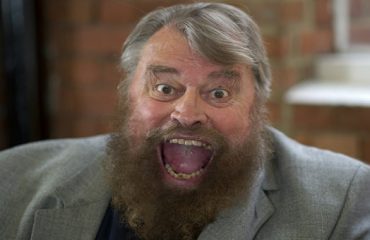 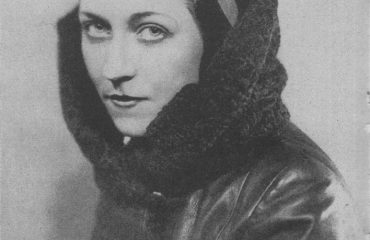 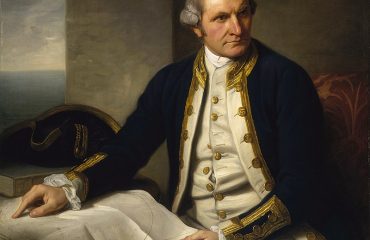